A prestigious award for Jenneke Kijlstra-Shone 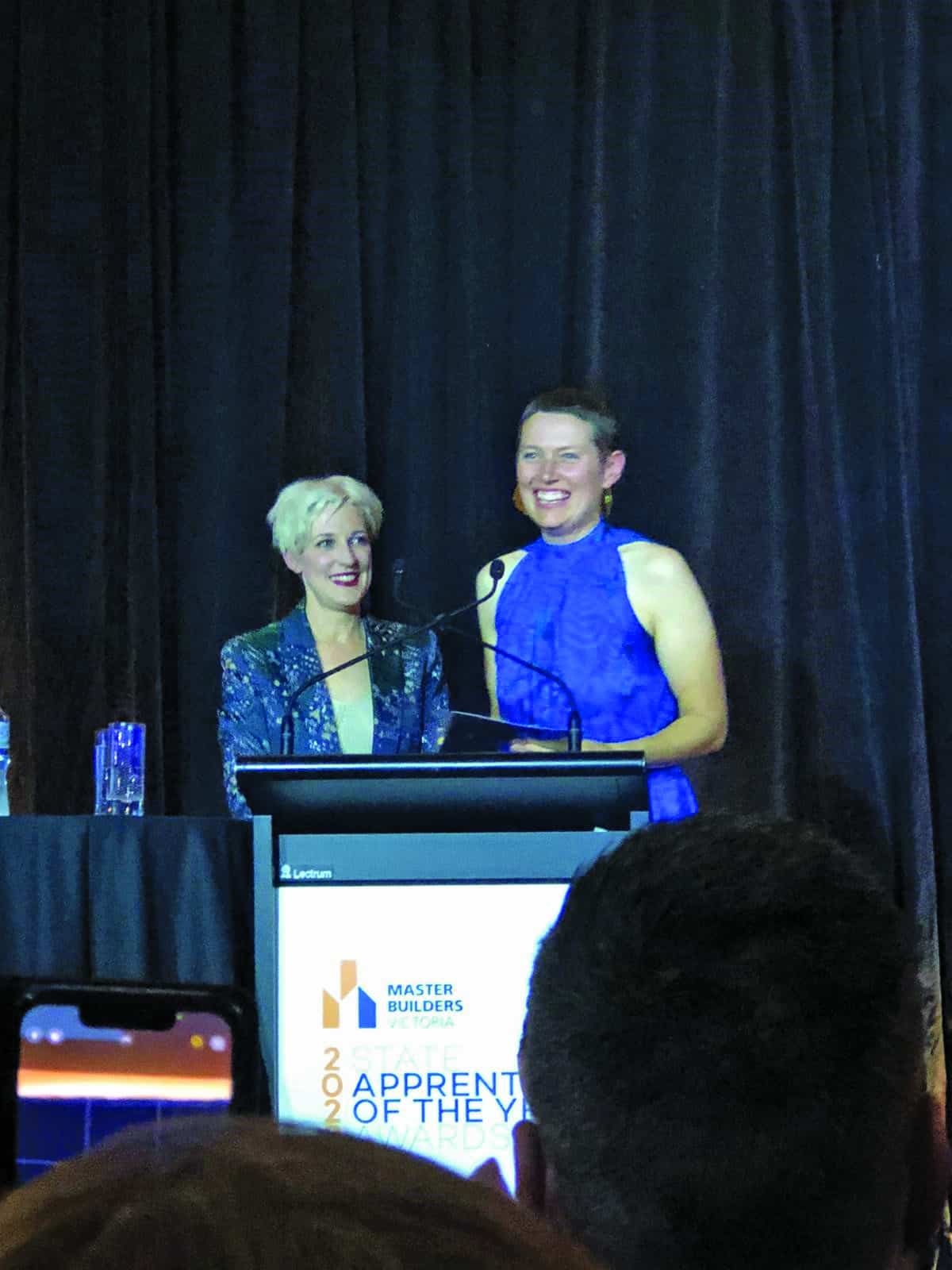 ON Thursday, May 12, former Alexandra resident Jenneke Kijlstra-Shone received the Apprentice of the Year Developing Leader Award in the Master Builder’s Apprentice Awards.

The event was held at the Marvel Stadium in Melbourne, with about 500 people in attendance. Jenneke knew that the state award was possible as she had won the Gippsland regional award earlier this year. She had been nominated by her trade school teacher at TAFE Gippsland in Yallourn. She’s been training with the teacher for three years, which stretched out a little due to COVID-19.

Jenneke works at a sawmill, working on over-sized timber framing.

Jenneke lived in Alexandra from the age of seven to 17, “So I feel like it’s my home town,” she said.

Her brother and his family live just outside of Alexandra, with Helico Australia as their business, and her mother lives in town as well.

She commented, “My kids love coming to Alexandra. They love coming to visit their cousins and do all the activities that are on around the place.” She has two children, aged nine and 11.

She explained that her mother and father both used their hands to make a living, the children grew up with that being normal. Her father had a big workshop where he made all sorts of things, and was always very encouraging, even giving Jenneke tools for her birthday.

Her brother now repairs helicopters, and one of her sisters repairs bikes and has a bike shop. Her other sister also loves making things.

“I think Alexandra really gave us the freedom to have the kind of lifestyle that we had when we were growing up,” she said.

She’s planning to continue working with the same company now that she’s finished her apprenticeship, and there are also some community arts projects that she’s been invited to be a part of.

She said, “I really enjoy my job and am proud of winning the award and proud of being a carpenter.”

As a female working in a male-dominated industry, she said that she has a really supportive employer. She said that there are definitely differences being a female in the industry, and some of those are actually advantages, “so it evens out really,” she said.

She certainly encourages other women to go into the trades. “I feel so excited about my career as a carpenter, and I definitely recommend it to other women,” she said.

When she was first offered the apprenticeship, she was worried that she wouldn’t have the physical ability, but he laughed and told her she’d be fine. She now knows that she can do it, and do it really well.