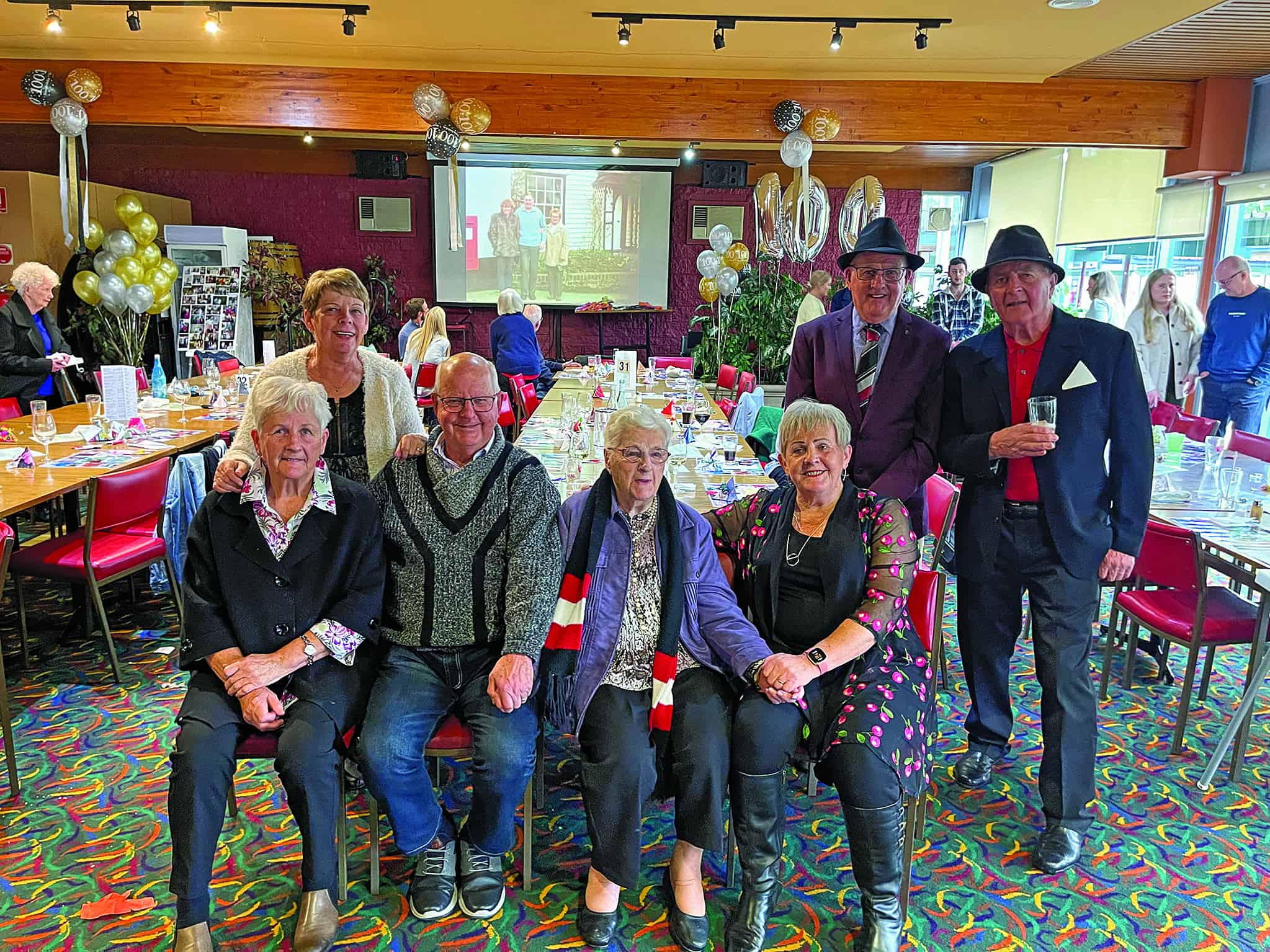 KATHLEEN (Kath) Melissa Chanter, nee Sands, turns 100 years old on Thursday, June 9. She moved into the Darlingford and Upper Goulburn Nursing Home just four years ago, after living in the one house in Alexandra for 76 years.

Her parents moved from Katandra, north east of Shepparton, to Alexandra when Kath was just two months old, and was baptised in the small St John’s Church which was located where the Alexandra Primary School is now situated.

They initially lived with an aunt of Kath’s mother before moving to the timber mill at Rubicon when Kath was about two years old. She explained, “Something happened with the mill, so we moved back to Alexandra. When I was about six or seven, we moved back to the Rubicon number four mill for about eight years. We all walked three and half miles to the next little mill to school. It was nice. It was a good life.”

Her mother cooked food for around 20 workers at the mill, providing breakfast, lunch and dinner, as well as morning and afternoon tea. Kath added, “It wasn’t the rush and tear that it is today. It was a simple life. Everybody had about the same amount of money on the timber mills.” She believes that people place too much emphasis on money now.

The family spent some more time back in Alexandra when the timber cut out, but then moved back again a couple of years later.

When Kath was 16, she left for Melbourne to train as a hairdresser, staying with an aunt in Cheltenham. While she was away, the 1939 bushfires went through, destroying the mills. Her family lost everything and they had to move back to Alexandra again. “It was terrible,” she said.

After Kath completed her hairdressing training, she moved back to Alexandra and had a hairdressing salon in Alexandra for a few years. At the time, they were living behind the Alexandra Opportunity Shop. She said of the house, “It was a terrible place… And then we moved to the house where I lived for about 76 years, I think.”

The house was located opposite where the skate park is now situated. When they moved in, the timber mill was at the skate park site. Her parents lived in the house until her father moved away, but her mother stayed on. Kath and Ronald were living with her at the time.

Ronald James Chanter and Kath first met at a dance prior to World War II. Kath would come home on weekends while she was learning to be a hairdresser. On Saturday nights, there was a dance in the little hall next to where she lived. “We were just sitting there. There were two other girls. I knew one of the girls, I didn’t know the other. This young man came up, and I said, ‘He’s not a bad looking fellow, is he?’ One of the girls said, ‘That’s my brother.’ I said ‘Oh.’

Ronald Chanter decided to join up and fight in the war. In 1942, he and some others escaped through the jungle from the Japanese on the Papua New Guinean island of New Britain.
Kath said that while they were missing, they didn’t hear anything about Ronald from January to April, and then Ronald’s mother received word that he’d been rescued.

When the men managed to return to Australia, most of them were put into the Heidelberg Hospital and then Ballarat Convalescent for repatriation for about 12 months as their health was very bad following the escape.

Kath had been working in Melbourne at different times and moved backwards and forwards. One of her workplaces included the munitions factory in Footscray.

Ronald and Kath married in July 1942, and “almost as soon as you got married then, you were pregnant,” Kath said. He first child was a little boy.

After Ballarat, Ronald was again sent to Papua New Guinea. He was wounded in the leg while he was there, and was again sent to Heidelberg Hospital. When Ronald had first joined the army, he did so with four other young friends from the Alexandra. Ronald was the only one who came home. He also lost a brother who was serving in Egypt.

After the war, Ronald never went in any of the marches, although he used to belong to the RSL and attended ‘smoke nights’ with Kath’s brother. He said, “I remember my friends when I’m shooting or fishing a lot better. I don’t have to go to all those marches and things.” Kath was a member of the RSL Auxiliary.

When Ronald returned to Alexandra, he was given his old job at the butter factory, where he worked for many years. Kath’s mother lived with Kath and Ronald’s growing family, and “as the family got bigger, the house got smaller.” As a result, Kath’s mother converted the garage into a little unit for herself.

Kath said, “After the war, we didn’t have much money at all, but we were happy. I always think, just get up and do… My husband always had a good vegetable garden and he used to go out hunting and shooting.” She thinks that life was simpler back then, and they were better off than people are now. She added that, “Children had more respect for their parents.”

Kath was active in the Alexandra community, playing tennis, golf and bowls, as well as helping out at RSL events helping out where she could, and was later a keen attendee at David Hibbert’s History Café events. At the History Café, she was often able to share information with the audience, as she had been present at the time being discussed.

She’s also been a keen traveller, booking holidays for herself and her husband, without her husband knowing about it until after the booking had been made. She went to England with her daughter to visit the Colchester home of her father’s mother in England, and has been to Fiji, New Zealand and the USA.

Kath also has a previous connection to Eildon, as Ronald’s father worked on the Sugarloaf Reservoir wall and lived in the area with his family. He was also a keen footballer.

Kath doesn’t have any vices, although she admitted to sharing a cigarette with a friend each Christmas Day. When her children bring her a bottle of Moscato, it might last for a month or more.

After the death of her husband 40 years ago in an accident near Thornton, Kath continued to live at home until she had a fall about four years ago. She would occasionally go to Kellock Lodge for respite, but when it came time for her to enter full time care, Kellock didn’t have any rooms available but Darlingford did. After eight weeks in care, she was given the opportunity to move into Kellock Lodge, but by then decided she liked Darlingford. “The girls would have had to do all that paperwork again,” she said.

She said of her time in Darlingford, “It’s about the happiest time of my life, nearly. I get everything done for me… They’re wonderful really.”

To mark her 100th birthday, Kath has received cards from Queen Elizabeth, the Governor General, and the recently former Prime Minister Scott Morrison, the latter presumably sent prior to the election.

Image: Kath Chanter with her six children at her birthday celebration. Back: Helen, Jim and Raymond. Front: Pauline, Robert, Kath and Dawne.