No protection for Murrindindi in firewood collections 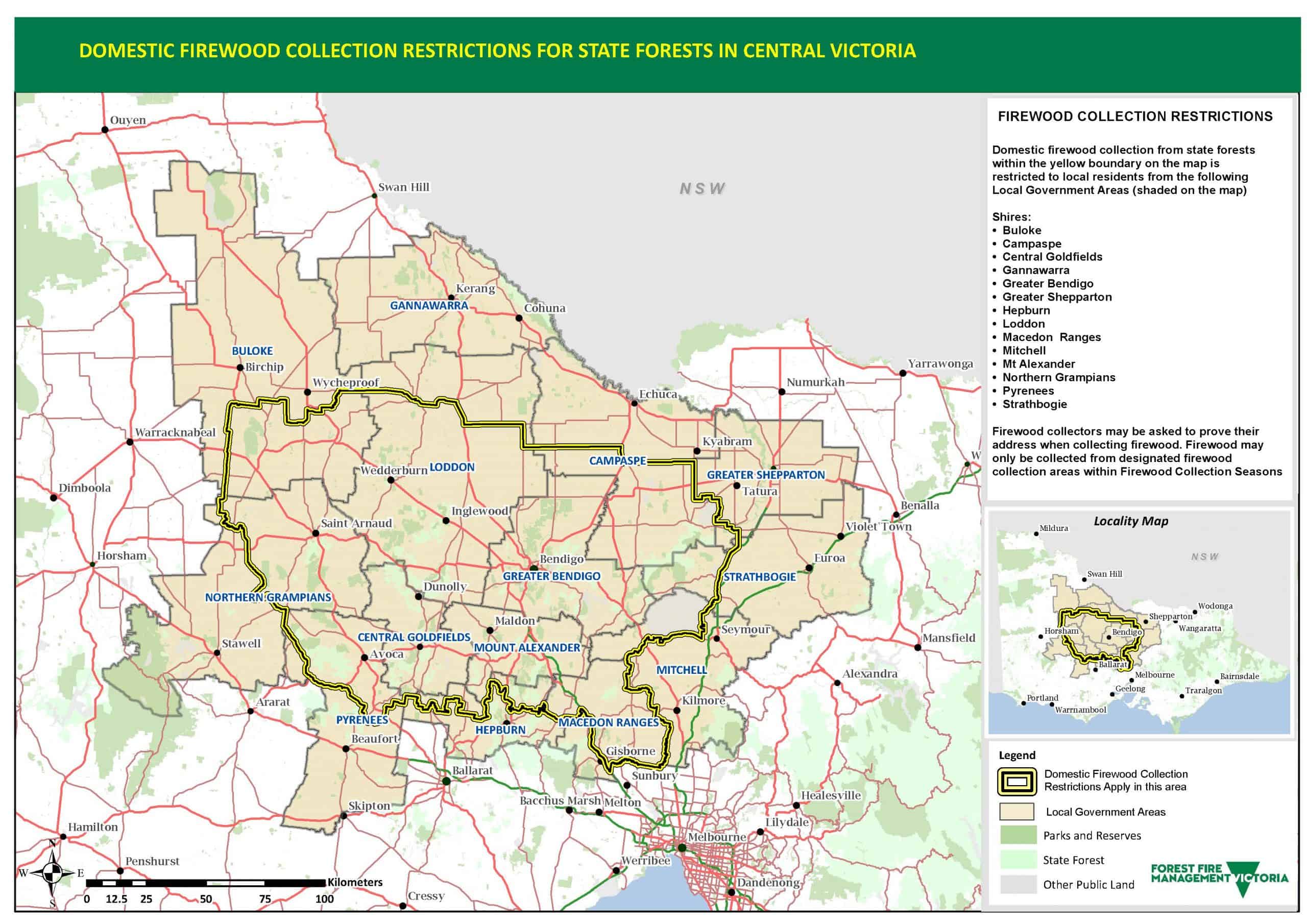 THE autumn Firewood Collection Season for 2022 will started across Victoria on Tuesday, March 1 and will close on Tuesday, June 30, but this year it will be different.

Visitors from the Hume region and other parts of Victoria will no longer be able to access domestic firewood from state forests in Central Victoria, with new firewood restrictions taking effect on Tuesday, March 1.

Murrindindi is not included in the list, which raises the prospect that a large number of Melbourne’s firewood collectors will head to Murrindindi during firewood season.

Aaron Kennedy, Director Forest and Fire Operations, Hume region, said, “Currently there are no restrictions on people from metropolitan Melbourne travelling to the Murrindindi district to collect firewood from designated firewood collection areas.”

He added, “Forest Fire Management Victoria works with the Conservation Regulator to regularly patrol state forests and make sure people are adhering to the firewood collection rules.”

These rules include a collection limit of two cubic metres of firewood per person, per day, and a maximum of 16 cubic metres per household per financial year. The felling of trees and cutting downed hollow logs for firewood is also prohibited.

Further information on firewood collection rules and regulations can be found at vic.gov.au/collecting-firewood

“Firewood can only be taken from designated collection areas in state forests or parks during approved times and for personal use only. Collected firewood cannot be sold.

“Collection limits are in place to prevent stockpiling of larger volumes of firewood, which is important to ensure there’s enough firewood on public land for people who rely on it to stay warm over winter,” he said.

“Be sure to check local weather and forest conditions before heading out to make sure it’s safe before collecting firewood in your area.

“These changes aim to ensure that Central Victorian communities gain greater access to their available, local firewood into the future.”

Access to firewood collection areas may be disrupted at short notice due to planned burning or other fuel management operations, more information can be found at plannedburns.ffm.vic.gov.au

The Conservation Regulator, FFMVic and Parks Victoria conduct routine, random and targeted patrols of forest areas, and Authorised Officers issue on-the-spot fines for firewood offences, with an option to take people to court for major offences.

Any information the community may have about the illegal removal of firewood for sale can be reported to DELWP on 136 186.