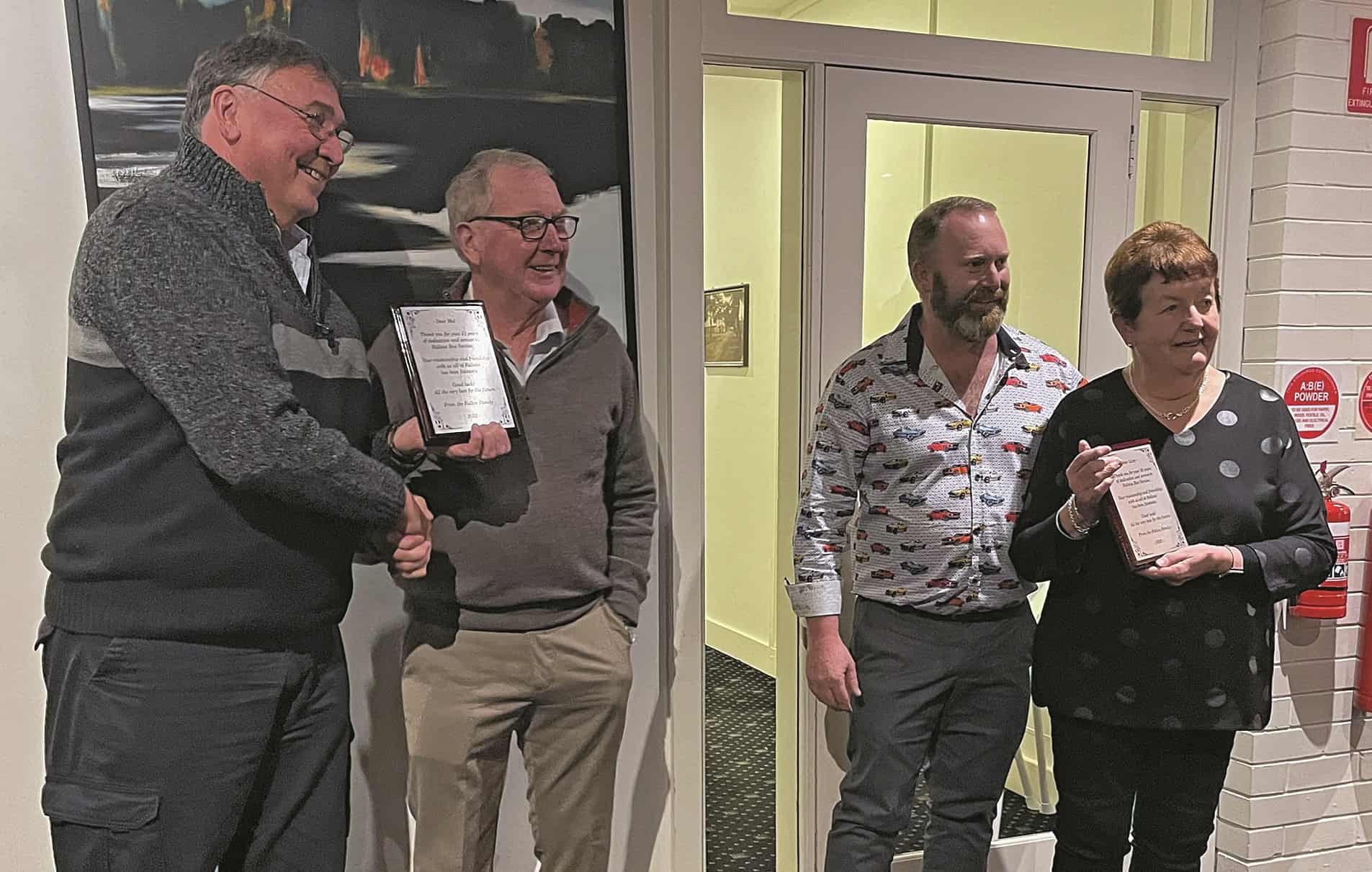 AFTER 21 and 28 years employment respectively, Malcolm Gill and Elizabeth Kidd have both retired from Fallons Bus Service.

Malcolm started work with Fallons in 2001 as a bus cleaner, offering his services for free as he was in need of something to occupy his mind. It was soon evident that his skills were wasted on cleaning and he graduated to bus driving and then eventually trained up to take over the role of operations manager.

He held that position for the remainder of his working career executing the job with total commitment and efficiency. Malcolm always gave 110 per cent loyalty to Fallons Bus Service and was more than just manager, he became a friend to all the staff who work there.

Elizabeth (Lizzie) began work as a bus driver in 1994 and after a number of years added the role of mail driver to her resume. She continued doing those jobs with complete expertise and commitment until her retirement last week.

Lizzie has always shown complete loyalty to Fallons Bus Service and her work colleagues and has been a great friend to all. Who else is going to make everyone their morning cuppa and homemade cakes and slices?

Fallons would like to thank Malcolm and Lizzie for their exemplary service to Fallons Bus Service and wish them both well in their retirement and for whatever the next journey holds for them.