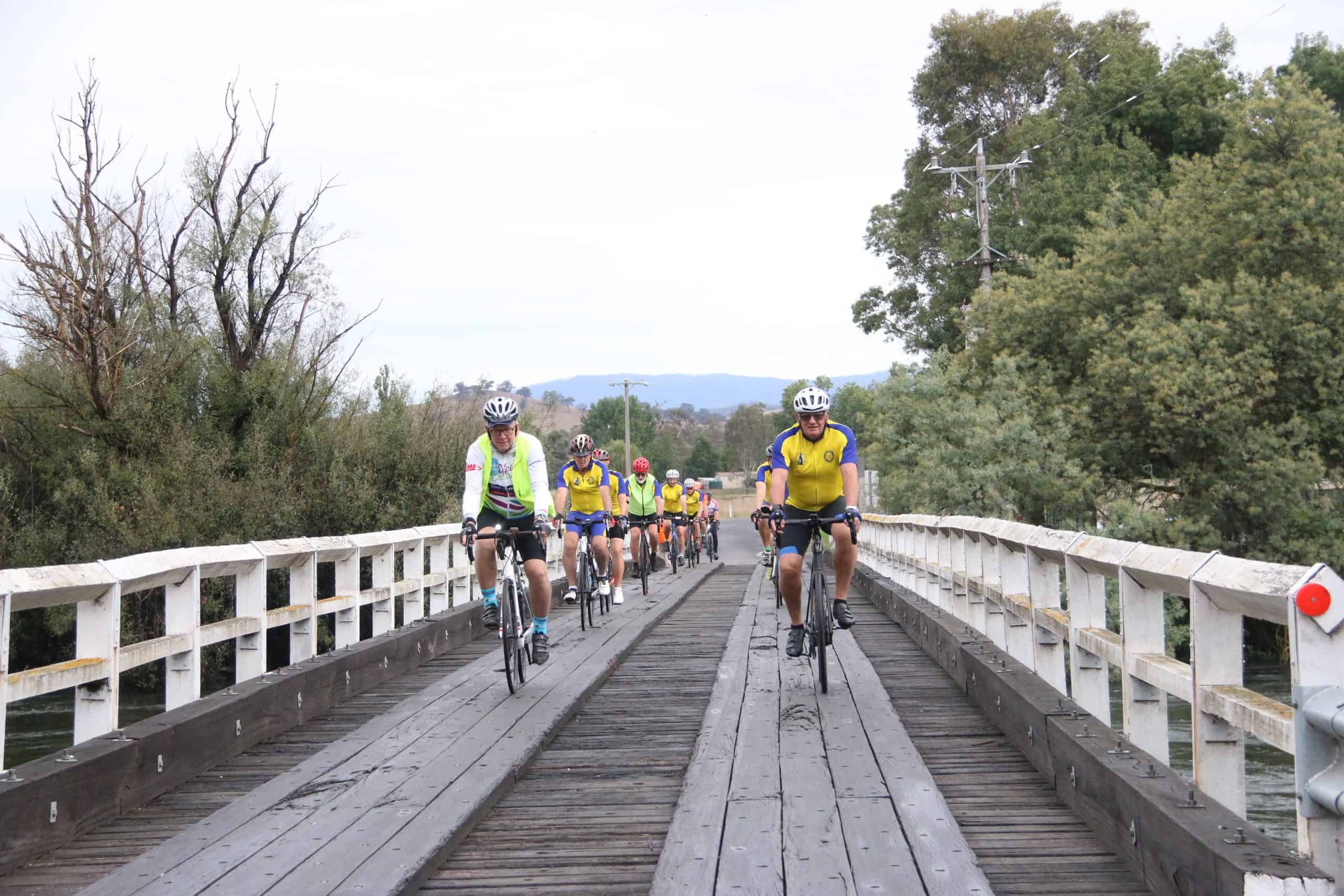 ROTARY District 9790 contains over 1500 members and 64 clubs from as far afield as Holbrook and Denilquin in the north down to Heidelberg and Preston. 350 of these members are booked to attend the Rotary District Conference in Marysville, to be held from Friday, March 18 to Sunday, March 20. It’s is known as the Embracing Change Conference.

The conference will be about inspiring and sharing ideas, as well as encouraging people to think outside the square.

The official opening is being held on Friday evening, with drinks and nibbles. Anne Reid, District Governor for District 9790, explained that in the past, the conference has started on a Thursday at midday, but they are changing things this year. There will be a bike ride in the district on Wednesday, finishing at 2.30pm on Friday at the Marysville Golf Club, and a golf session on Friday morning. Both are raising funds for mental health.

They will have an array of speakers during the conference program. There will be some talks about Rotary programs, including Rotary Youth Exchange, including a past participant. Unfortunately, there haven’t been any young people on exchange during the past year due to safety concerns.

Someone from the Kinglake Ranges Rotary Club will speak about how their club evolved out of the 2009 fires and the Rotary International funding for the Ellimatta Youth Space.

Three different clubs will be presenting information about some of the projects they’ve been working on, across the district. The aim of this is to share ideas with other clubs.

Jenny Briese, a mature-aged Indigenous Health Scholarship recipient from 2014 to 2016, will be speaking about her experiences undertaking the training.

Evan Burrell will also give a talk. He’s a young Rotarian who is passionate about communication, community heroes and change-makers.

Cheyne Flanagan, the director of the Port Macquarie Koala Hospital, will be talking about what they do and how to help koalas. Some of the money being raised locally is going towards koala research.

Danny Hogan, former Murrindindi Shire CEO who now works for Goulburn Valley Water, will be speaking about the new water system which was installed in Marysville following the fires. It resulted in the town winning an award for the best water in the world.

Actor Samuel Johnson will be speaking about the Love Your Sister charity.

John McCaskill will speak about the importance of bees.

Barbara Misfud works for Rotary, supporting all of the clubs and districts across Australia and New Zealand, and will be speaking about increasing Rotary memberships.

Nyadol Nyuon, the Victorian nominee for the Australian of the Yea, will speak on multiculturalism, human rights and refugees.

Lois Peeler, a former Sapphires singer and educator, will be speaking about uniting Indigenous values with Western academia.

Dr Jenna Roberts will be speaking about the national Youth Science program, which she attended as a young person.

Rita Seethaler from the Pans on Fire steel drums group will conduct a session.

Dennis Shore will be speaking about fundraising for the Rotary Foundation.

Shaun Wilmore will speak on the Thin Green Line Foundation. He works with park rangers worldwide, who are aiming to protect threatened species. Over 1000 park rangers have been killed in the line of duty over the past 10 years, and a large proportion are due to poachers and armed militia groups.

These are just some of the many speakers who will run sessions at the conference.

The theme of the conference, Embracing Change, includes topics around the environment, as Rotary has added it as one of their points of focus this year.

Anne was Assistant Governor for three years, which meant she dealt with Mansfield, Alexandra, Yea, Kinglake Ranges, Seymour and Southern Mitchell, “so I thought I would ask each of those clubs to help,” she said.

They have a person from Yea organising the golf, and someone from Numurkah organising the bike ride with others, for example, “so each person from the committee goes back to their club to help them do their section of what they’re looking after.”

She commented that, “Quite often, clubs won’t nominate anyone to be District Governor because they think the workload’s too high to do the conference, and so I thought that if I put it out this way that it gives others the opportunity to think, well yes, we could do that with the support of other clubs, so that people can be nominated to take on positions of responsibility.”

The conference was cancelled during 2020 due to COVID-19, but they did manage to have one in Wangaratta in 2021. Similarly, for this year, they did have a plan in place to run the conference online if they were unable to run it in person.

She was delighted at the idea of being able to hold the conference in Marysville, and commented that there should be some great tourism outcomes for the wider area as a result of the conference.

Being District Governor during a global pandemic did have its challenges, but Anne commented on the benefits revealed by being able to have meetings remotely, or in a hybrid form. “It’s part of embracing change,” she said.